Would God Have Saved Hitler? (By Thirza Peevey) 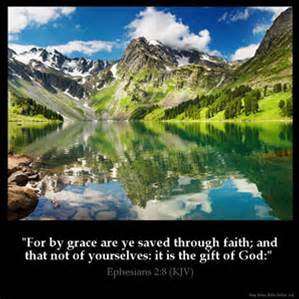 Ephesians 2:8
“For by grace are ye saved through faith; and that not of yourselves: it is the gift of God:”

A while back, I was asked if God would even save Hitler, and I was stumped at the time, The plain case of the theology is that he would, and that is disturbing to our hearts. But what I've learned out of listening to Spurgeon is the glory it would have brought to Jesus if Hitler had been saved.

To be disturbed by the idea of Hitler being saved is to fall back on the idea that we are saved by works, and because Hitler's works were so evil, he could not be saved as we can. The simple truth is, every sin is treason against a Holy God, and therefore, our sins are just as black as Hitler's in God's eyes. However, in our own eyes, Hitler was worse than we are, so what glory would it have brought to Jesus to see Hitler saved.

Would it bring him glory to say, "Look, I am so powerful that I restored even that one? I am so loving, that I loved even him? I am so righteous that my blood was poured out for even his crimes? My love is sufficient to provide love in even his heart? I can make even that one good?"