The Christian and the Jew 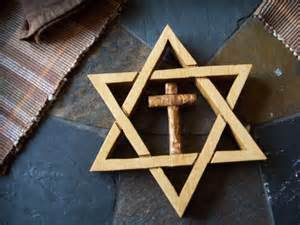 Christians share a bond with the Jewish people because God originally chose the Jews to be "His People". But, when Christ came, as promised, they rejected Him. I don't know about you, but if you reject my children when I am with them, I will reject you and leave with my children.

This is what God did. But, God has a longing to love, to have more children to love. So, since they rejected Him, He called on anyone who would listen, who would NOT reject Him, to be His. And, that is what the rest of the world who became "Christian" did. The Bible calls them "Gentiles". (Isaiah Chapter 42)

The Old Testament teaches God's children how to live. It also provides instruction on how to become cleansed enough to get into heaven until the ultimate promised lamb would come. Jesus was that Lamb. He was the final sacrifice necessary to cleanse us all and allow us a seat with the Father. (John Chapter 1)

Many Christians today mistakenly believe that now that they have excepted Jesus, they don't have to follow the laws of the Old Testament. The truth is, they don't HAVE to, but that is no excuse NOT to. Jesus said,

This means that He did not come so we didn't have to follow the law. He came to be a part of the law that we couldn't possibly follow without Him.

Having said that, I am devoting some study time to the laws of the Old Testament, while I Praise God for the Hope provided in the New Testament! And, I am determining to do my best to follow those laws because I am a child of God and should show it by doing so, while at the same time I am relieved that if I fail, Jesus has already forgiven me and His blood still allows me an audience with God to apologize, and to get up off my knees after and try again with a smile. (James Chapter 2)

Posted by Shonda Ponder at 1:42 PM No comments: 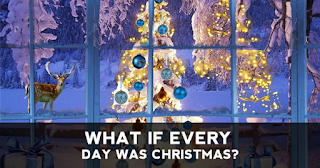 I hope each and every one of you here at God Inspires had a beautiful Christmas Day with friends and Family as we celebrated our Lord!

Love, joy, peace, longsuffering, gentleness, goodness, faith, meekness and temperance. This is what Christmas fills in each of us. Let us go out and give it to the world as we let Christ's light shine through us!

Merry Christmas and Happy New Year from all of us at God Inspires!

Posted by Shonda Ponder at 11:59 AM No comments:

Email ThisBlogThis!Share to TwitterShare to FacebookShare to Pinterest
Labels: Christmas 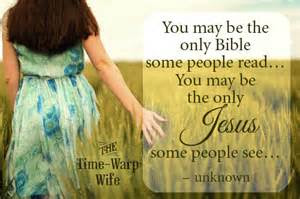 This is why I always try to take the extra step...I got this off of the Hope4America email list I'm on back in 2012. I enjoyed it. I hope you do too. More importantly, I hope it speaks to you:

A few years ago a group of salesmen went to a regional sales convention in Chicago. They had assured their wives that they would be home in plenty of time for Friday night's dinner. In their rush, with tickets and briefcases, one of these salesmen inadvertently kicked over a table which held a display of apples. Apples flew everywhere. Without stopping or looking back, they all managed to reach the plane in time for their nearly-missed boarding...

ALL BUT ONE!!! He paused, took a deep breath, got in touch with his feelings, and experienced a twinge of compassion for the girl whose apple stand had been overturned.

He told his buddies to go on without him, waved good-bye, told one of them to call his wife when they arrived at their home destination and explain his taking a later flight. Then he returned to the terminal where the apples were all over the terminal floor.

He was glad he did. The 16-year-old girl was totally blind! She was softly crying, tears running down her cheeks in frustration, and at the same time helplessly groping for her spilled produce as the crowd swirled about her; no one stopping and no one to care for her plight.

The salesman knelt on the floor with her, gathered up the apples, put them back on the table and helped organize her display. As he did this, he noticed that many of them had become battered and bruised; these he set aside in another basket.

When he had finished, he pulled out his wallet and said to the girl, "Here, please take this $40 for the damage we did. Are you okay? She nodded through her tears. He continued on with, "I hope we didn't spoil your day too badly."

As the salesman started to walk away, the bewildered blind girl called out to him, "Mister....", he paused and turned to look back into those blind eyes. She continued, "Are you Jesus?"

He stopped in mid-stride ... and he wondered. He gently went back and said, "No, I am nothing like Jesus - He is good, kind, caring, loving, and would never have bumped into your display in the first place.

"The girl gently nodded: "I only asked because I prayed for Jesus to help me gather the apples. He sent you to help me, so you are like Him - only He knows who will do His will. Thank you for hearing His call, Mister."

Then slowly he made his way to catch the later flight with that question burning and bouncing about in his soul: "Are you Jesus?"

Do people mistake you for Jesus?

That's our destiny, is it not? To be so much like Jesus that people cannot tell the difference as we live and interact with a world that is blind to His love, life and grace.

If we claim to know Him, we should live, walk and act as He would. Knowing Him is more than simply quoting scripture and going to church. It's actually living the Word as life unfolds day to day .

You are the apple of His eye even though you, too, have been bruised by a fall. He stopped what He was doing and picked up you and me on a hill
called Calvary and paid in full for our damaged fruit.

Sometimes we just take things for granted, when we really need to be sharing what we know.

"Being happy doesn't mean everything is perfect. It means you've decided to see beyond the imperfections."

I hope you enjoy this story. It really does strike a nerve as to what we should be doing.

Posted by Shonda Ponder at 1:28 PM No comments:

No Greater Pain (by Rose Marie) 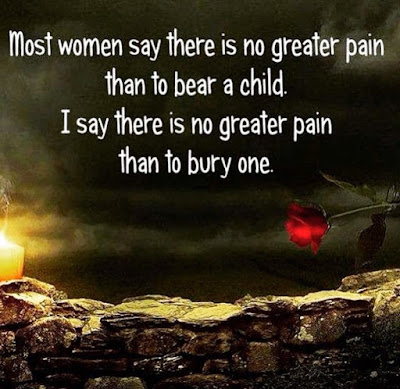 Have you ever buried a child? Have you ever rocked your child in your arms as you watched the life drain away? Have you ever had to kneel beside your child's bed and give them back to God as they battled for their life....not sure if God would grant healing on earth or have to take them home to make them new?

I have. Not once, not twice but three times with my own flesh and blood. Two became new in heaven and one was healed. I have walked down the aisle...... my vision filled with that tiny casket....... as my breasts leaked milk. I have went shopping for that final outfit, that stuffed animal that would journey with them. I have knelt between two tiny graves knowing both belonged to me and felt pain so deep all I could do was throw back my head and scream in primal agony.

Through each moment, each stabbing, gut wrenching pain I found hope because I knew the TRUTH. I knew that He was with me through it all and because HE held the keys .......death had no sting over my children and that He was calling them to His side to love and care for and that one day, one sweet glorious day HE would call me to be reunited with them and that thought, that assurance, that hope lifted me up from a position of defeat to one of hope, love, joy, and peace.

No matter what you are facing today, I promise if you give it to HIM and rely on HIS promise to you, you too will rise in hope, love, joy, and peace. I pray HE meets you right where you are at right now and just wraps you up in HIS arms and comforts you with HIS love. Be still and rest on HIS promises. He can't fail.

Posted by Shonda Ponder at 10:48 AM No comments:

The Hem of His Garment (by Rose Marie) 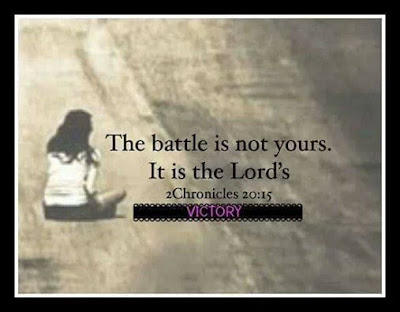 Luke 8:43-48 a story of true faith. A woman was ostracized by society, a woman that had been suffering for 12 years. She had used up all her money, seen every physician around, and nothing worked. She was broken, depressed, lonely, hurting, and sick and weak in her body. But then she heard about this man named Jesus who healed people and performed great miracles. Her heart was quickened, hope was awakened and she went forward to meet Him in the crowds.

I can close my eyes and picture the crowds pressing in, the loud noise as every one called out as he passed and I turn and see this woman....tired, worn, weak, sick and knowing she wasn't allowed to mix with people.because her illness made her unclean.... I see a new light of hope in her eyes as she spies him coming closer and closer. The war going on in her mind knowing society states she can't go forth among them but knowing all her hope and faith ride in this one man.....

I see her stepping out, tears streaming down her face as determination and true hearts desire command her to press through the masses and touch this Jesus.

As the crowd pressed in, flesh to flesh did she have to drop to her knees and push in, her hand stretched forth?? Did some step on her or push her in their haste?? Her eyes are fixed on him...no other sight can fill her vision, only Him...Her ear harkened towards His voice. None of the shouts can penetrate... It's all Him, only Him!!!

Suddenly she breaks through!!! It's him!!! Her fingers brush against just the hem of his garment and suddenly her body is filled with His healing power and she is made whole!!!!

A joy floods her soul, her back straightens, and then she hears him say.... Who touched me??

She answers and says it was me Lord, I can hear the tremble in her voice as suddenly she is afraid of what she has done....

But He turns to her in verse 48 and says.....and he said unto her, Daughter, be of good comfort; thy faith hath made their whole, go in peace.

No matter what your issue is today... He is right there in the crowd... Push through, reach out and touch the hem of His garment!!! Let your faith make you whole!!!

Posted by Shonda Ponder at 8:45 PM No comments: