Ephesians 1:4 According as he hath chosen us in him before the foundation of the world, that we should be holy and without blame before him in love.

John 15:14 Ye have not chosen me, but I have chosen you, and ordained you, that ye should go and bring forth fruit, and that your fruit should remain: that whatsoever ye shall ask of the Father in my name, he may give it you.

Those of you who know me know that I was saved at an early age. But, you also know that I had a LOT (and I mean A LOT) of maturing in Christ to do to end up where I am now in my faith.

Back then, I KNEW what I was doing when I walked down the aisle that first time. I had already read the Bible from cover to cover and I knew what walking down the aisle meant. I just didn't know how hard it would be.

But, never once in my life, through the hills and the valleys, through the disappointments and growing pains, the mistakes and falls, did I EVER deny the power of my God to sustain me.

At a very low point in my life just about ten years ago, I found 1st Bikers Church. I had been invited by a woman that I had known for years who was struggling on the streets. I went out of curiosity.

I left that first day in tears of realization of how much I needed my Lord Jesus, and how far away from Him I had wondered. I continued to go back, though, determined to find my way back--and I believed THAT church knew the way. I had FELT Him there so STRONG.

I found myself homeless shortly thereafter. I then learned what it meant to give everything to Him. Ha! I had nothing left to give except MYSELF. But, I fell on my knees and said, "Lord, I don't know why I am here, but I know where I am going. I have nothing left. This is the lowest I have ever been in my life. I am at the bottom. I KNOW that YOU are the only hand up that's going to really help me right now. So, whatever You want me to do, I'll do. I'm yours."

A few weeks went by. We were studying Henry Blackaby's "Experiencing God" at church. At the shelter, I constantly had my nose in the Bible. When I wasn't working at Waffle House, I was studying, going to church, and giving rides to people who needed it to take care of business while staying there at the shelter. (God later rewarded me for that by giving me a bus-driving job...but that's a whole other story).

One night at Bible Study, my pastor said, "If you are saved, it's because God CHOSE you (John 15:16)." With those incessant tears in my eyes it suddenly HIT HOME. I thought about that for a moment as he continued to talk. I looked up and through my tears said, "He CHOSE me?" To which Brother Gary replied, "Yes, Shonda. He CHOSE you. He as much as put His finger on you and said, YOU ARE MINE. I CHOOSE YOU." I smiled through my tears and said, "Well...THAT makes ME feel SPECIAL!" To which Brother Gary smiled and said, "And, it should."

I haven't been able to wipe the smile off my face since.

I wish I could say I didn't fall down anymore...but I can't. What I can say is I have learned (through more growing pains) that if I just turn toward Jesus, His hand is ALWAYS reaching out to pull me back up.

And, though I may still fall down at times...it doesn't seem near as far, or near as often. 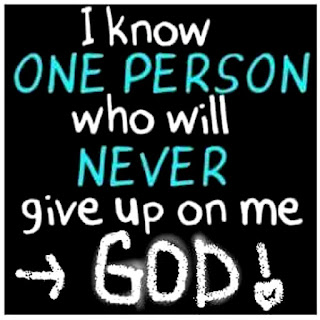 Posted by Shonda Ponder at 9:42 PM