The purpose of iBelieve.com is to help women wrestle with the deeper issues of how their faith relates to the world around them. It seems that Christian women today are facing a set of challenges unique to their generation. With an emphasis on personal experiences, our goal is to create a team of writers and bloggers looking to share how they have seen the struggles and triumphs of life through the lens of the Christian faith. We hope to create a place where our audience can feel uplifted by authentic examination of what it means to be a Christian woman in today's culture. Read daily devotions for women, blogs by your favorite Christian female bloggers, articles on faith, relationships, health and beauty, food and home, motherhood, and career. iBelieve.com also provides Christian ecards and inspirations to encourage and uplift your sisters in Christ!

Posted by Shonda Ponder at 1:35 PM No comments:

Today I started reading the Book of Job. As I read the first chapter, the first thing I notice is that Job is righteous. As a righteous man, he brought up his sons and daughters to fear the Lord.

Job Chapter 1
1 There was a man in the land of Uz, whose name was Job; and that man was perfect and upright, and one that feared God, and eschewed evil.
2 And there were born unto him seven sons and three daughters.
3 His substance also was seven thousand sheep, and three thousand camels, and five hundred yoke of oxen, and five hundred she asses, and a very great household; so that this man was the greatest of all the men of the east.
4 And his sons went and feasted in their houses, every one his day; and sent and called for their three sisters to eat and to drink with them.
5 And it was so, when the days of their feasting were gone about, that Job sent and sanctified them, and rose up early in the morning, and offered burnt offerings according to the number of them all: for Job said, It may be that my sons have sinned, and cursed God in their hearts. Thus did Job continually.

On each of their days (the days they were to feast on, maybe a birthday?) they feasted and invited all of their brothers and sisters to feast with them. This happened 10 times during the year because there were 10 sons and daughters.

As a dutiful parent ought do, Job loved his children so much that he interceded for them. He not only loved them but he provided for them even after they were grown.

Back in Job's day, it was common practice to sacrifice to God in order to cleanse one from his sins and gain forgiveness. So, after each feast, Job would take his sons and daughters, and he provided the animals to sacrifice for sins that may or may not have been committed. Better an ounce of prevention than a pound of wrath on his children.

5 And it was so, when the days of their feasting were gone about, that Job sent and sanctified them, and rose up early in the morning, and offered burnt offerings according to the number of them all: for Job said, It may be that my sons have sinned, and cursed God in their hearts. Thus did Job continually.

In this way, Job exercised being an example his children could follow, proving that love is an action, not an emotion, and not just saying, but doing the love he felt for them.

As parents we are so geared toward teaching our children independence, and how to stand on their own, that we forget that they are gifted to us from God and it is our duty to do for them as much as God gives us to be able to do in order to ensure their success both in this life and eternally.

I cannot look at my child who is nearing middle age today and tell him I will not help him pay for his college education if I am able to and expect to call myself a godly parent after looking at Job's example.

Posted by Shonda Ponder at 8:45 AM No comments: 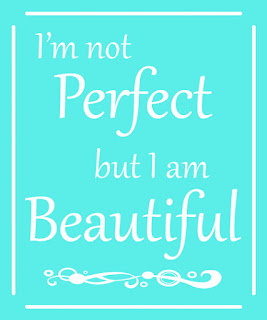 "I have heard it said...if you find a perfect church don't join it...it will no longer be perfect. Likewise if you are perfect you should probably unfriendly me...I will never live up to your expectations!"

It is HE that I beg not to "unfriend" me. And He has already answered my request...

Hebrews 13:5
“Let your conversation be without covetousness; and be content with such things as ye have: for he hath said, I will never leave thee, nor forsake thee.”

Posted by Shonda Ponder at 3:01 PM No comments:

Email ThisBlogThis!Share to TwitterShare to FacebookShare to Pinterest
Labels: perfection

Pu·rim
[ˈpo͝orim, po͝oˈrēm]
NOUN
a lesser Jewish festival held in spring (on the 14th or 15th day of Adar) to commemorate the defeat of Haman's plot to massacre the Jews as recorded in the book of Esther.

It's a coincidence (NOT, I don't believe in coincidences) that I have been studying the Book of Esther, and that the day of Purim comes on the day I was in Chapter 9.

Esther 9:
28 And that these days should be remembered and kept throughout every generation, every family, every province, and every city; and that these days of Purim should not fail from among the Jews, nor the memorial of them perish from their seed.
29 Then Esther the queen, the daughter of Abihail, and Mordecai the Jew, wrote with all authority, to confirm this second letter of Purim.
30 And he sent the letters unto all the Jews, to the hundred twenty and seven provinces of the kingdom of Ahasuerus, with words of peace and truth,
31 To confirm these days of Purim in their times appointed, according as Mordecai the Jew and Esther the queen had enjoined them, and as they had decreed for themselves and for their seed, the matters of the fastings and their cry.
32 And the decree of Esther confirmed these matters of Purim; and it was written in the book.

Posted by Shonda Ponder at 12:09 AM No comments: